“HOPE is a volunteer, not-for-profit, event management organization that raises funds for community-based charities and has fun doing so”

Was started in 1982 by Fred Logan and his friends as part of a group of events, inspired by Terry Fox, whose sole purpose was to give back to the Ottawa Community.
What was a small group of teams has grown into the World’s Largest One Day Volleyball Tournament and has continued to support Ottawa’s local charities.

H.O.P.E., championed by its’ Expand Our Give Committee, as part of the Adopt a Park/Roadway program, is lucky to have adopted Britannia Park, the site of our first ever SummerFest in 1982.   Twice a year, a team of volunteers and staff actively keep our shared spaces clean, green, and free of litter and graffiti. H.O.P.E. continues its history of reaching out to, participating with and giving back to our community.

These many successes are made possible because of the support of several committed stakeholders. First, and foremost, H.O.P.E. is a volunteer led and driven organization. It depends on the efforts of an active board of directors, a membership body, and a core planning team of some forty individuals who, in turn, manage close to 700 event-day volunteers at SummerFest. The volunteers are assisted by a small, dedicated staff. H.O.P.E. is also extremely fortunate to count on the generous and continued support of its stellar family of corporate partners as well as the City of Ottawa.

The inspiration that led to H.O.P.E.’s founding in 1982 continues to guide us today.

Now as then, the goal is to serve our community by serving up fun and...
Helping Other People Everywhere! 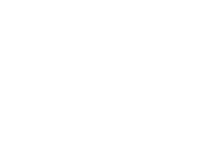